The College Men’s Club has a long and storied history in Westfield. For more than 90 years, the organization has been providing young men in Westfield with college scholarship money to help them in the pursuit of their dreams. Read on to find out more about the humble beginnings of this great organization.

History of the Club Scholarship Recipients Current and Former Trustees 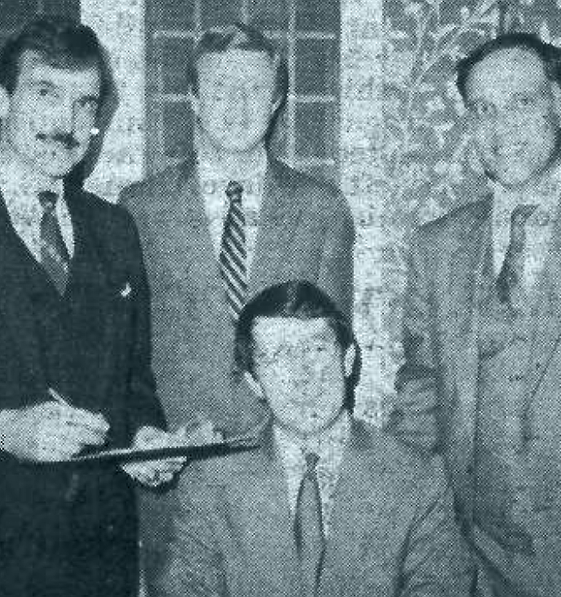 “The club looks closely at those who need the extra help…”

History of the College Men’s Club of Westfield

The College Men’s Club of Westfield was founded in 1922 by a group of college graduates who wanted to provide money for higher educational opportunities to deserving young men in the community.

In the beginning, the club awarded only one scholarship of a few hundred dollars. In 1922, this was a significant contribution to the recipient’s first year of college. The club believed that if a student successfully completed the first year of college, the odds increased greatly that he would complete a degree program.

As time went on, the club increased the number of awards given, and the scholarship amounts as well..

The club has always been run by local volunteers, so that all money collected could go toward scholarship awards rather than employee salaries.

The Club has held a variety of scholarship fundraisers over the years. In the beginning, these events included “smokers,” where men would gather to socialize and smoke cigars; polo matches; and black-tie dinners. Today the club hosts fundraisers that include an amateur boxing night, a band party, and a Texas Hold ‘Em tournament. Dinner speakers over the years have discussed topics that have resonated with the times, including Education in the Shadow of the Iron Curtain, What’s Wrong With the Political Cartoon, Deductions You Might Miss, and Antibiotics.

In 2002, the club launched an initiative with Stanley Kaplan, Inc., to enroll deserving students in the noted Kaplan SAT Preparatory course. The Club funds the cost, and believes that the Kaplan course provides a distinct advantage to those preparing for college.

The Club has helped many students with financial need, particularly those who might not otherwise be considered for assistance. Students who are struggling with life issues, or need to work after to school to help support their families, gain special consideration. The club looks closely at those who need the extra help, yet have a burning desire to attend college and succeed in life.

We have given scholarships to hundreds of Westfield High School Seniors since 1922. We don’t have a complete record, but this list includes most of our recipients in the last 50 years.

If you know of a recipient who is not included, but should be, or if you notice an incorrect entry, please send us a note to [email protected] and we will correct our list.